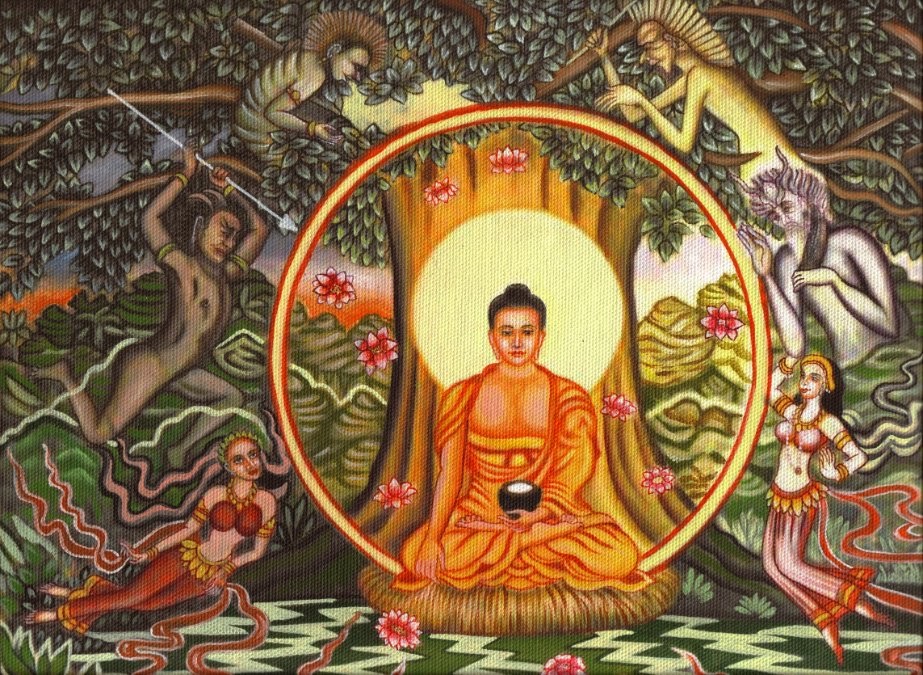 A very small decision I make on many mornings is which coffee cup is going to be mine and which goes to my partner.

The two cups we normally use are the same and I cannot tell one from the other. If I thought one was better than the other, I would give it to her.

As I continue preparing morning coffee, my very small decision about which cup is mine spends more time in my mind. By the time I pour the coffee, I am generally always mildly set on which one is going to be mine for the morning and which hers.

My initial “inclining toward deciding” has changed into my being “mildly set on” which cup is mine. I might even feel a bit possessive toward “my” cup as I pour the coffee.

The main point is that once we make even a very weak decision or incline toward a weak decision it requires energy to change that.

Of course, I do not really care which cup I get and yet I have inclined toward one or decided on one of them. At some point in this process you have to do that.

If I try to change my decision once the coffee is poured and give “my” cup to my partner, I am aware of expending a bit of energy.

I bet you do this or something like it, too. Just watch yourself and observe it happening. Once you see it, try changing to the other cup or whatever it is you have chosen.

It’s not hard to change your decision but it decidedly requires a little bit of energy. That may be some of the smallest mental energy you will ever exert, but you will have to exert it.

I find I feel a bit awkward when I change my initial decision. It seems my mind is already set at some lower level so the meta-level that  changes that does not have the right networking or connections for the transition to be completely smooth. This is the opposite of the initial decision which seems to have required little or no energy. And has managed to grow bigger all on its own, outside of my awareness.

Notice also, if you are like me, you will happily give your partner the better cup if one of them is better. That decision, too, will require energy to change, maybe even more energy than if the cups are the same. This probably happens because if you change your decision to the better cup (for yourself), you will also feel a bit selfish in addition to the above considerations. This will happen even if your partner wants you to change cups.

So either way—changing between two cups that are the same or changing from the worse cup to the better one—you will need to expend a bit of energy, even though your initial decision probably required none at all.

As humans, we cannot but think sometimes: “I should have seen that. I had all the information but had not put it together.”

I am pointing this out because this ineluctable thought is an aspect of our consciousness itself and not of our culture or language, whatever those may be.

Do conscious beings who have no language think thoughts like this non-verbally? Do they have a sensation like we do that accompanies a similar realization in them?

Maybe they do and maybe they don’t. Non-verbal beings on earth obviously correct their behaviors, but how far does that travel in their awareness? Do dogs laugh at themselves? Do they have a feeling of self-recrimination as we sometimes do when we realize I should have seen that?

Is at least some of the feeling of shame grounded in this thought? Dogs clearly manifest shame.

Would a computer that can pass many tests of consciousness have the thought I should have seen that?

It seems to me that beings higher than us—angels, Bodhisattvas, Dharma protectors, prophets, and more—would very probably have this thought sometimes.

The full enlightenment of a Buddha as understood in the Mahayana tradition seems to indicate a state of awareness where the thought I should have seen that no longer arises.

In his life as we know of it, the Buddha did make new rules for monastics as conditions dictated. At such times, did he have this thought or not?

In your view, is the highest consciousness possible unbounded? Such that it must also think this thought?

Would you be happier if you never had the thought I should have seen that or not?

Is consciousness inert, like water, yet permeates everything? Inert but does not permeate everything?

I should have seen that is interesting because this thought seems to inhere in consciousness itself and not arise from language, culture, training, or other conditions. It seems to be accompanied by a sensation, at least in us.

Is it subject to Buddhist “dependent origination” and thus a feature of ordinary consciousness but not of ultimate consciousness?

A materialist would say consciousness is an epiphenomenon of matter dependent on matter. A true physicalist would not speak so fast because conscious may very well be a primary aspect of all things, even the driver of physical laws.

Is the thought I should have seen that where we draw the line between higher and lower awareness? Do single cells, which can change their minds, have a sensation that expresses this thought? Does God never have this thought? Do Buddhas?

Notice that a great deal of humor depends on bringing to our awareness something maybe not that we should have seen but that we could have seen. Humor like that gives us no new information outside of our ourselves, though it does fit together information we already have in a new way,

So, I should have seen that can be occasion for delight and laughter. Fundamental to feelings of relief or peace of mind; it’s a feature of consciousness that arises in consciousness and that we react to consciously, almost always with some sort of sensation.

Too many misinterpret a separation of church and state as an invitation for government to separate people from their faith.

In reality, our Constitution doesn’t exist to protect us from religion; it exists to protect religion from government. The First Amendment affirms our free exercise of religion, and we don’t forfeit that first freedom to anyone or in any place, especially in public schools.

Announcement of the Guidance on Constitutional Prayer in Public Schools

By this I mean, you had all the information but had not fit the pieces together.

I can avoid waking my partner with the coffee timer (stove timer) by simply setting the timer for one minute more than I want and shutting it off early.

That knowledge was all there and I had used it for others timer chores, but not for coffee (French press) until yesterday morning. The reason probably is early morning haze, but that is not the deep point.

The deep point is the doing of that or the not doing of that could have been better and I can now wonder why I didn’t see it before.

This small thing is compounded by my partner having already informed me that the timer sound does not and has never bothered her at all. And that looks like grounds for yet another I-should-have-seen-that moment somewhere down the road.

For why am I concerned if she is not and also I completely believe her? Is that a bug in my head or a seed of something more important?

Another example is for years I was not drinking enough water. The information was there, I had it all, but did not put it together for a long time.

Seeing this as a universal feature of human consciousness highlights in retrospect that a fundamental aspect of consciousness is its capacity to arrange or rearrange bits of information to affect intent.

When we rearrange even minor bits of known information, we can sometimes feel I should have seen that before. (If our rearrangement is based on new extrinsic information, we more often will feel aha, now I’ve got it or that will do it.)

For hard atheists, the same question would be does an invented God have this feature?

How do angels or beings much higher than us but less than God see us?

Surely they will sometimes be perplexed by this same feature of consciousness. I expect that would make them sympathetic to us. Maybe they feel even worse than us.

Does this help explain to you why our world is so messy and sometimes just awful? And sometimes so beautiful?

My partner and I made up this acronym because we like to revisit subjects often, a valuable practice.

When subjects are revisited, misunderstandings can be exposed and corrected, changes in opinion can be voiced, new evidence or insights introduced.

Saying “ISTB” cuts off the horrible default response: “You already told me that…” or the feeling that such a response could be appropriate.

ISTB signals that either new information is forthcoming or the speaker wants to ensure that something—possibly something very subtle—has been understood in the way intended.

We say ISTB by just voicing those four letters out loud.