Us normal folk find their reasons for certifying without examination the most dubious election in American history funny. Their deplatforming petty, nasty, childish, ridiculous but also funny in a dark way. What are they going to do next? To us? That stimulates the imagination.

Will this produce a Streisand effect? Cause mass sympathy for the man they revile for being honest about them, which they are presently proving beyond a shadow of a doubt was right all along?

What are they afraid of to impeach him now? If it’s not fear they feel it must be hate; a hate crime by Congress which pretends it’s being righteous. When the punishment does not fit the non-crime you do not look righteous, that I can tell you.

This is their idea of peaceful transfer of power? Will they follow up with fake FISA warrants when he’s a private citizen in one week, or 209 weeks? Malicious prosecution was another game they played. I wonder if Biden will rehire Comey, take the rubber boots back out of the closet.

We know they have lists.

Even AMLO and Merkel think they are acting like babies, while American “civil rights” groups howl for more cancelling. Seriously, you have to laugh. They “win” the election by stealth but lose the hearts and minds of the world by openly kicking him while he’s down.

Trump ran on draining the swamp. No one, not even him, knew how big it is, how vicious. How wildly they fight to save themselves.

The 6 January elector ‘ballot’ count is going to go down as the greatest troll of all time.

You may or may not know, but the Vice President gets to count the electors. That’s the one thing the Constitution makes crystal clear. Apparently the plan is for Mike Pence to roll in a Dominion voting machine (or a knock off that looks like one). He’s then going to pull out a USB drive, update the software just before the count, and use the machine to count the elector ballots.

Remember, this will be on national television. The count will not only come out fractional, but it will result in more votes than actual electors AND result in Trump winning more electors than Biden.

The chamber is expected erupt in chaos. Obviously the count will be challenged. Pence will then conduct a ‘recount,’ but he will use the machine to print the recount ballots and then hand count those. The recounted number will be similar to the original count, only changing by a couple votes, but it will result in Trump winning by even more than before.

Dems are expected to cry “fraud” and Pence will object and call for order. He will tell them that it’s too late to challenge because it’s already done. The count is finished. He will then deliberately wipe the machine’s software.

What do you know? Big Tech shut that down real fast. A one minute vid they don’t want you to see. ABN

First posted this on 10/03/16. The sarcasm is every bit as fitting today. ABN

This is a well done take-down  of a Clinton ad using pro actors. I am posting it because it reverses the shallow semiotics of the Clinton original to produce a deeper effect. 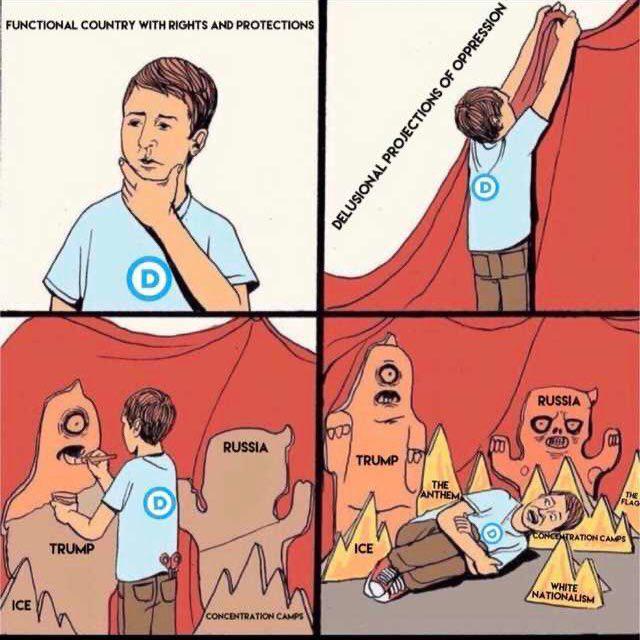