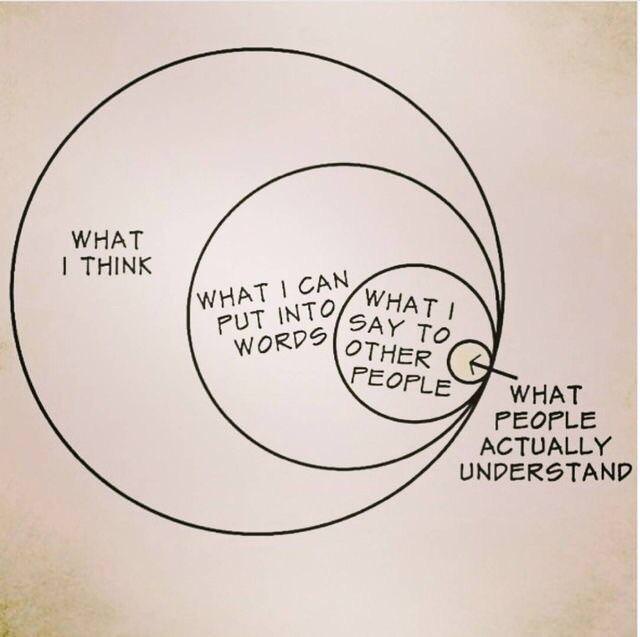 It is typically an illusion that the speaker knows “what other people understand,” let alone what they think abut what they thought they heard.

Interpersonal communication is always fraught with ambiguity, misinterpretation, misspeaking, and mishearing, among many other errors. Even very close friends who know each other very well will make at least several significant mistakes in any given hour of interaction.

Even close friends use conformity—indeed, require it—to overcome communication errors which inevitably occur in one or more of the circles described above.

Yet conformity can also be a serious hindrance to deep communication between close friends. This fact is a central paradox of profound interpersonal communication.